5 lessons we can learn from Andrew Mason 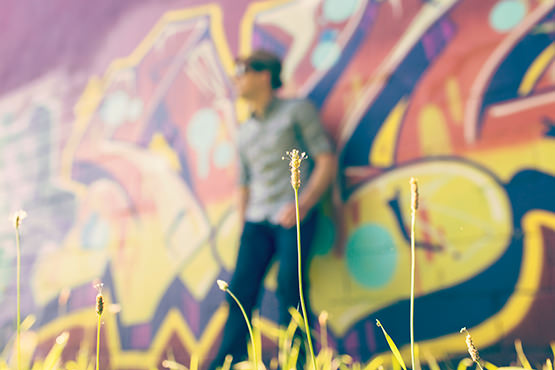 How many years it took to the following to make $1 billion dollars in revenue.

In 2010 Andrew Mason appeared on the cover of Forbes Magazine under the headline: “Meet The Fastest Growing Company Ever”. At one point in time Groupon was valued at an incredible $13 billion!

Not too bad for a company that started selling two pizzas for the price of one in 2008. How exactly did this company come out of nowhere and go on to turn down a $6 billion acquisition offer from Google?

Here are some reasons why it became so successful. Think about how you can apply them to your business.

We all remember those spa day emails!

One of the reasons that Groupon grew quickly was because they absolutely nailed their content and their email marketing.

It is a little known fact that Groupon hired comedy writers to write their copy!

This fairly simple strategy enabled them to create great content, and great content is very easy to share with your friends and family. This quality content helped Groupon to crack the holy grail of email marketing — open rates! The open rates of Groupon emails were well above industry norms.

2) It started in a recession.

Groupon started in 2008. This was slap bang in the middle of the worst recession since the great depression of the early twentieth century. Lehman Brothers filed for bankruptcy in September of that year and elsewhere, banks weren’t lending, unemployment was growing to record numbers, people were losing their homes, and people were scared!

You may think that this would be one of the worst possible times to start a business but the timing turned out to be right. Why, because in a recession people want to save money and this perfectly suited Groupon’s Daily Deals business model. There was also less competition in the marketplace and it was relatively easy to find the qualified staff they needed.

What else happened in a recession? A study by the Ewing Marion Kauffman Foundation found that more than half of the companies on the 2009 Fortune 500 list were launched during a recession.

Sometimes the best decision you make is the one that goes against the grain!

3) It started life as a side project.

Groupon grew out of a failed start-up called ThePoint.org, a website for organizing campaigns such as protests or fund-raising drives. It never took off as expected but by having a side project Mason was able to experiment, take more risks and learn new things he probably wouldn’t have been able to do with ThePoint.

A perfect example of a side project would be Google’s famous 20% rule whereby they allow employees to spend 20% of their work time on side projects. One of the most famous products to spring form a side project is Gmail.

4) He was already a success.

Mason had already experienced a certain success in that he had raised a million dollars in funding for his previous start-up. This made it a little easier for venture capitalists to place their trust in him rather than someone with a lesser track record. It seems that many entrepreneurs with some success under their belt will go on to build another successful company.

Mason surrounded himself with great mentors when he was the CEO of Groupon, each of whom were very successful in their own right. Then, when the product and market fit was achieved he knew where to turn for help and advice to grow the business quickly.

Having high calibre mentors allowed Mason to learn from their mistakes and to use their influence and leverage to beat out the competition. Without these mentors it would have been difficult to get introductions to key partnerships.

its not rocket science!

If you surround yourself with good people your decision-making capabilities will greatly improve. Not having a mentor could cost you money in the long term.

In 2013 Andrew Mason was fired from Groupon. The story of his rise and fall has been well documented elsewhere but whatever your opinion of Mason and Groupon happens to be; it was the fastest growing company in history. Within the story of Groupon and Andrew Mason you will find great insights if you’re thinking of building your business and following your own dream.

I’d love it if you would share this article with your social networks, Thanks!